What is carpal tunnel syndrome? 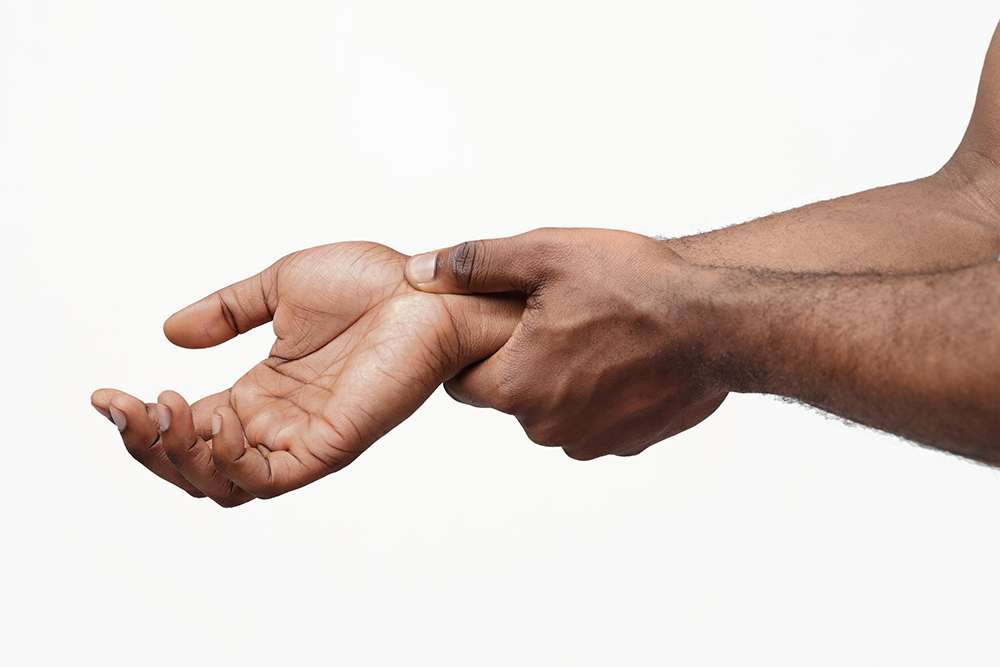 The median nerve provides feeling to the palm side of the thumb and to the index, middle, and part of the ring fingers (although typically not the little finger). It also controls some important muscles at the base of the thumb. These muscles are critical for hand function, allowing the thumb to make a fist and touch all of the other fingers.

Sometimes, thickening from the lining of irritated tendons or other swelling narrows the tunnel and compresses the median nerve. The result may be numbness, weakness, or sometimes pain in the hand and wrist. Pain and tingling can also radiate up into the forearm. CTS is the most common compression or entrapment neuropathy, in which one of the body’s peripheral nerves is damaged at a site of vulnerability. Other compression neuropathies include ulnar neuropathy at the elbow or peroneal neuropathy at the head of the fibular bone near the knee.

What are the symptoms of carpal tunnel syndrome?

Symptoms usually consist of numbness or tingling in the thumb and the index and middle fingers. The symptoms often first appear in one or both hands during the night. Often the dominant hand is most affected, such as the right hand in a right-handed person. A person with CTS may wake up feeling the need to “shake out” the hand or wrist. As symptoms worsen, people might feel tingling during the day, especially with certain activities such as talking on the phone, reading a book or newspaper, or driving. Hand weakness may make it difficult to grasp small objects or perform other manual tasks, such as buttoning buttons or opening jars. Small items can be mistakenly dropped out of the affected hand. In chronic and/or untreated cases, the muscles at the base of the thumb may waste away, causing permanent weakness and loss of hand function. Some people with very severe CTS cannot determine between hot and cold by touch, and may burn their fingertips without knowing it.

What are the causes of carpal tunnel syndrome?

Carpal tunnel syndrome is often the result of a combination of factors that increase pressure on the median nerve and tendons in the carpal tunnel, rather than a problem with the nerve itself. Contributing factors include trauma or injury to the wrist that cause swelling, such as sprain or fracture; an overactive pituitary gland; an underactive thyroid gland; and rheumatoid arthritis. CTS is also more common in diabetes mellitus, with or without polyneuropathy. Other factors that may contribute to the compression include mechanical problems in the wrist joint, repeated use of vibrating hand tools, fluid retention during pregnancy or menopause, or the development of a cyst or tumor in the canal. Often, no single cause can be identified.

Who is at risk of developing carpal tunnel syndrome?

Women are three times more likely than men to develop carpal tunnel syndrome. People with diabetes or other metabolic disorders that directly affect the body’s nerves and make them more susceptible to compression are also at high risk. CTS usually occurs only in adults.

Workplace factors may contribute to existing pressure on or damage to the median nerve. The risk of developing CTS is not confined to people in a single industry or job, but may be more reported in those performing assembly line work—such as manufacturing, sewing, finishing, cleaning, and meatpacking—than it is among data-entry personnel.

How is carpal tunnel syndrome diagnosed?

Early diagnosis and treatment are important to avoid permanent damage to the median nerve.

How is carpal tunnel syndrome treated?

Treatments for carpal tunnel syndrome should begin as early as possible, under a doctor’s direction.  Underlying causes such as diabetes or arthritis should be treated first.

Carpal tunnel release is one of the most common surgical procedures in the United States. Generally, surgery involves severing a ligament around the wrist to reduce pressure on the median nerve. Surgery is usually done under local or regional anesthesia (involving some sedation) and does not require an overnight hospital stay. Many people require surgery on both hands. While all carpal tunnel surgery involves cutting the ligament to relieve the pressure on the nerve, there are two different methods used by surgeons to accomplish this.

How can carpal tunnel syndrome be prevented?

At the workplace, workers can do on-the-job conditioning, perform stretching exercises, take frequent rest breaks, and use correct posture and wrist position. Wearing fingerless gloves can help keep hands warm and flexible. Workstations, tools and tool handles, and tasks can be redesigned to enable the worker’s wrist to maintain a natural position during work. Jobs can be rotated among workers. Employers can develop programs in ergonomics, the process of adapting workplace conditions and job demands to the capabilities of workers. However, research has not conclusively shown that these workplace changes prevent the occurrence of carpal tunnel syndrome.

What to do if you think you have CTS

If you are experiencing symptoms of possible CTS, contact our office at 708-799-6799, or if you have an HMO, speak with your primary care physician about referral to our office for a consultation and/or EMG/NCV evaluation.

Every patient’s diagnosis and treatment plan is different. This page is for information purposes only and should not serve any basis for diagnosis or treatment.

This information was largely based upon a fact sheet on carpal tunnel syndrome provided by the NINDS (https://www.ninds.nih.gov/health-information/patient-caregiver-education/fact-sheets/carpal-tunnel-syndrome-fact-sheet) 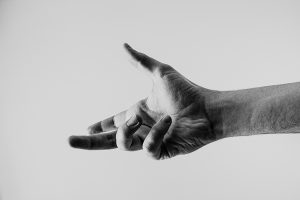 5 Things to know about Ulnar Neuropathy

Ulnar neuropathy most commonly occurs when the ulnar nerve becomes